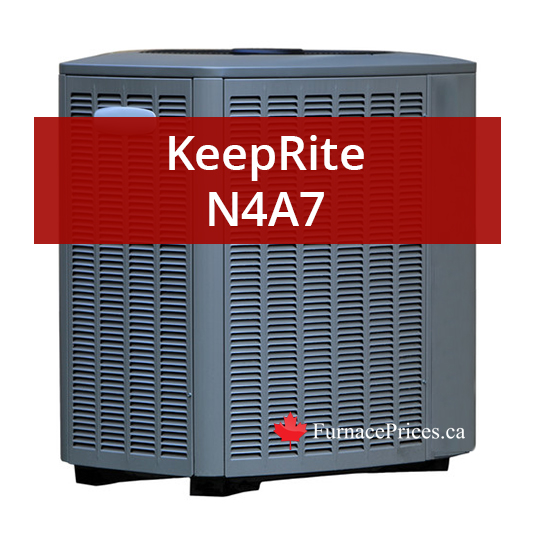 Shop smarter with our proprietary grades!

In order to help homeowners shop for furnaces and air conditioners, we developed our own proprietary algorithms which weigh a range of criteria and factors to provide an easy-to-compare grade (e.g. B-, A+, etc).

Warranty Grade: It can be difficult to know which brands and models offer the best warranty coverage, particularly because a lot of the key details are hidden in dense warranty documents filled with hard to understand legalese. Thankfully for you, we’ve carefully studied them and created this grading system to account for things like the length AND quality of their guarantee, coverage restrictions and more!

Remove All Compare All

The N4A7 Performance 17 from Keeprite is an efficient and cost-effective two-stage air conditioner. The high-efficiency SEER and two-stage operation make this a powerful cooling system that shouldn’t have any trouble keeping Canadian homes comfortable through the summer months.

This model review of Keeprite’s N4A7 Performance 17 will give you all the information you need to decide if this air conditioner is a worthwhile investment for your home.

The review will cover average pricing, key design elements, important features, efficiency, and warranty details. And so you can see how this model compares to others from Keeprite, the review will also talk about how the N4A7 stacks up against three other air conditioners from the brand.

The Keeprite N4A7 Performance 17 in a Nutshell

The N4A7 Performance 17 may be an economy air conditioner, but it’s a powerful and efficient system that will reduce your energy bills and keep your home comfortable for many summers.

Some of the best design elements of this model include the two-stage compressor and two-stage blower motor.

The compressor has high and low cooling modes, so it can operate at the lower speed for longer periods to reduce energy consumption and maintain the temperature of your home. Similarly, the two-stage blower motor has two speeds it can use to provide a steady supply of cool air without costing a lot to run.

The N4A7 is in the perfect SEER range for air conditioners in Canada, which is between 16 and 18.

It also has ENERGY STAR® certification, which provides assurances that this is a high-performing air conditioner that meets independent efficiency standards.

Keeprite doesn’t really have any special features or technologies the way some other brands do because they focus their efforts on design elements.

Aside from the two-stage operation, the N4A7 Performance 17 has a few other attractive design features, including an easy access control panel that simplifies maintenance and repairs.

It’s also equipped with a scroll compressor, which is a quieter and more efficient type of compressor that has fewer moving parts and typically requires less maintenance.

Finally, the unit is quieter and has better airflow compared to similar air conditioners because it has been designed so that air flows uniformly over the coil.

The N4A7 is backed by a 10-year parts warranty that covers functional parts and the compressor. This is standard coverage for the industry, though Keeprite does offer a superior warranty for their premium-tier air conditioners.

Be advised that you’ll have to register the N4A7 within 90 days if you want to take advantage of the full warranty. If you don’t register the unit, it will only be covered for five years.

The five years of extra protection could save you a lot on repair bills, so registration is highly recommended. It only takes a few minutes, and you can do it online by providing Keeprite with information like the serial and model numbers, the installation date, the type of application, and contact details about the owner and the HVAC installer.

The CCA7 Ion 17 is a premium-tier air conditioner from Keeprite, so it’s going to cost more than the Performance model. On average, the Ion model is going to cost between $4,500 and $5,500+.

Despite the additional price, the two units are actually very similar. They're both two-stage models with two-speed blower motors, SEER ratings of 17, and ENERGY STAR certification, and they have similar sound performance.

There are only two real differences between these models. The first is that the Ion model is compatible with Keeprite’s Ion™ System Control, a proprietary smart thermostat that gives you access to some cool additional features and options.

The next difference is the warranty coverage. The CCA7 has the same 10-year parts warranty, but it also has an additional 10-year unit replacement warranty. That means if the compressor fails, then Keeprite will provide a replacement air conditioner instead of repairing the damaged compressor.

The N4A4**C Performance 14 is a less sophisticated air conditioner than the N4A7, but it has a few design elements that the N4A7 doesn’t.

The main draw of the N4A4**C is that it has been specifically designed for coastal regions. It has some additional design elements to make the unit even more resilient, and that means it’s better equipped to handle salt and airborne pollutants that are present in coastal areas.

Beyond that, however, the N4A7 is a superior air conditioner. The N4A4**C only has single-stage operation, it has a standard-efficiency SEER of 14, and it lacks ENERGY STAR certification.

In other words, it’s not as powerful or as efficient, it might not be suitable for all homes, it will cost more to operate, and it might not qualify for the same rebates as the high-efficiency model.

The N4A6 Performance 16 is one step down from the N4A7 in terms of sophistication, but it’s in the same value tier.

The N4A6 has the same 17 SEER rating as the N4A7, which is impressive because the N4A6 only has a single-stage compressor and single-speed blower motor.

Although it’s just as efficient as the N4A7, the N4A6’s single-stage compressor won’t be as capable of maintaining a consistent temperature throughout the house, and it won’t manage moisture as well as the N4A7. 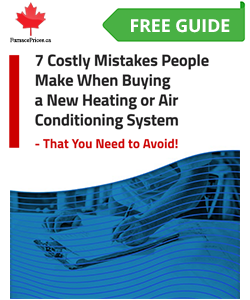